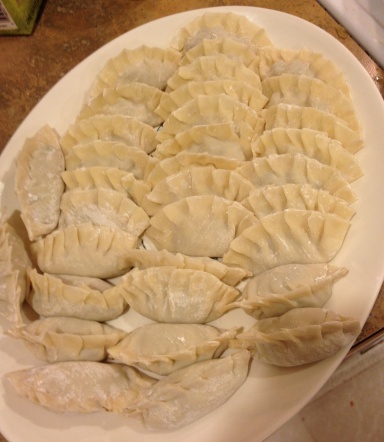 This is a recipe I have worked on and tweaked for a couple of years. The diced water chestnuts give the dumplings a nice crunch texture and mouth feel. I use some of the shrimp and water chestnut to make a shrimp/water chestnut paste so the mixed ingredients stick together and are easier to handle when wrapping the filling.

1 can of water chestnuts

Place some filling into the middle of a wrapper, fold the wrapper over the filling and crimp the edges closed to make crescent/half-moon shaped dumplings.

Whisk together the sauce ingredients to make the dipping sauce.