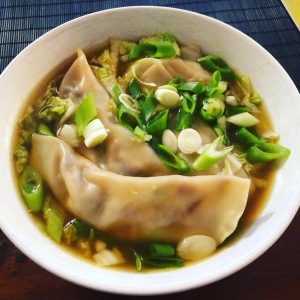 I have been meaning to try making Connoisseurus Veg’s Vegan Shiitake Wonton Soup recipe for a while now and finally found time to try it this weekend.  The recipe calls for filling the wontons with raw diced shiitake, ginger, garlic and scallion, but I find that putting raw ginger into a dumpling filling can create a harsh flavor. So I sauteed the ginger and garlic in canola oil, let it cool for a while and then mixed in the diced mushroom and scallions so they were coated with the ginger and garlic. The broth is very straight forward to make but the ginger flavor was too intense for me, I would recommend using half of the ginger the recipe calls for and doubling the rice vinegar.  One key trick for this recipe is to bring the broth to boil so the flavors come together and then turn the burner down so the broth comes to a simmer before you add the wontons; a vigorously boiling broth will cause the wontons to break apart. 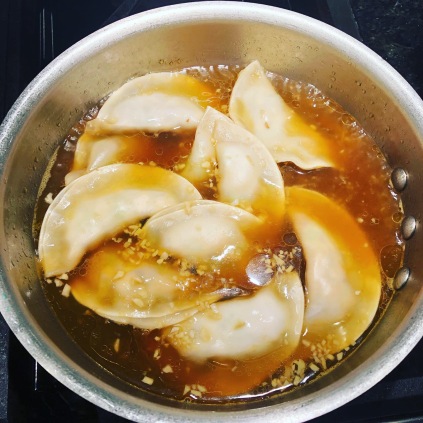 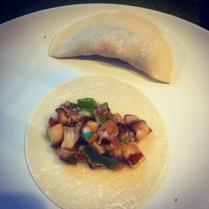