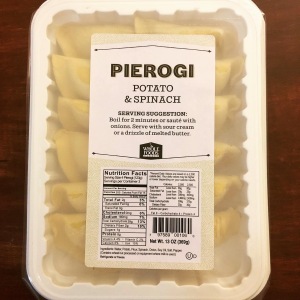 While I have been enjoying the recent expansion of buns and dumplings at Whole Foods sushi counter, it seems the overall quality of fruits and vegetables has declined since Amazon took over.  Sure the prices of avocado have come down but the greens now often look wilted and beat up and the produce shelves are often half empty.  While my frequency of shopping at Whole Foods has declined since the sale I still end up there every now and then.  I recently stopped in and bought the Potato and Spinach Pierogi they sell in the refrigerator section.  To cook them I boiled them as instructed on the package and then pan fried them with onions which gave the wrappers a nice crisp. I thought they did do a good job with dough wrappers, they were quite thick and so stood up to the boiling and subsequent pan-frying and had an enjoyable chew. But, even with the onions the pierogis were quite bland, it tasted like the potato filling had not been seasoned and I couldn’t taste the spinach at all.  For the second batch I made, I tried boosting the overall flavor by sauteing the boiled peirogi in garlic, butter and onions which punched up the flavor of the overall dish.  These pierogi were far from great but the photos came out well, here they are served on a plate made by the Dumpling Hunter. 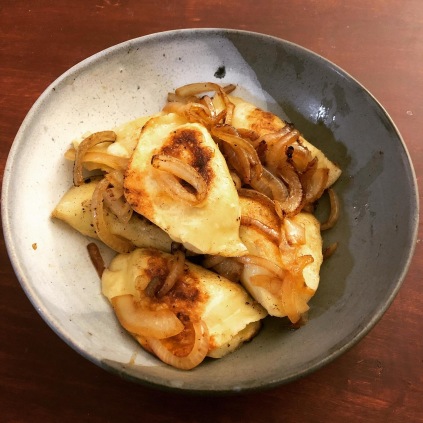 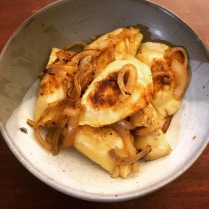 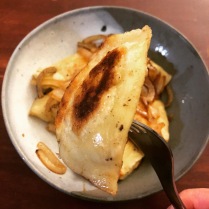 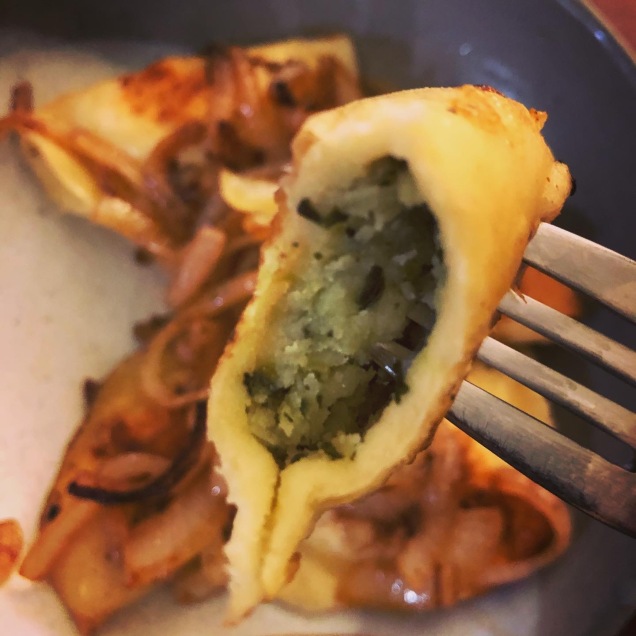