For the Best Soup Dumpling category the award went to  Shanghai Cafe on Mott Street in Manhattan, which was cited for its “sturdy dough, pungently seasoned pork and velvety broth”.

In the Best Dumpling category the award went to White Bear on Roosevelt Avenue in Queens.  The award mentioned the excellence of the wontons and that you can buy them orders of 25 frozen to-go.  The Voice included a Reader’s Choice shout out to Vanessa’s Dumpling House which I’ve reviewed here. 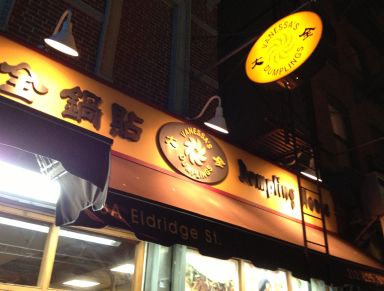 This entry was posted in News, Uncategorized. Bookmark the permalink.